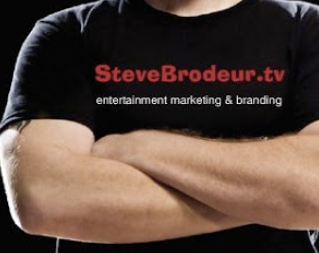 Probably my favorite network sweeps radio campaign, ever.  I  branded it Star Talk Radio, and I own the domain startalkradio.com.

I scripted the interviewer questions for Lauren and Alexis, around an episodic story sell, and produced & directed the recording session with L & A.  Then, from their responses, I scripted and produced this "faux radio interview" spot.

THE WARM-UP GUY WITH CHRIS ROCK

I created this promo character to banter with  Chris Rock about his special guest star appearance on the season premiere of Everybody Hates Chris.

My creative director was also Chris - Chris Donovan @ the CW.

To demo the concept,  I produced this homage to the classic Hank Kingsley audience warm-up bit "Applesauce" from the Larry Sanders Show.  Always steal from the best, right?

WARM-UP GUY:
Hey is this thing on?

(he taps the microphone, reacts to the feedback)

WARM-UP GUY:
Wow. You guys are one great-looking audience for the season premiere of The CW Comedy Monday!

WARM-UP GUY:
All right! And that sign up there - what's that say? Oh, oh applause! Applause! But not for me, you know - I'm just the warm-up guy, right?

CHRIS ROCK:
You put the oopid in stoopid!

WARM-UP GUY:
Okay. Hey, give it up for special guest star Chris Rock on the season premiere of Everybody Hates Chris!

GREY'S ANATOMY OF A PERFECT WEEKEND

FEMALE ANNOUNCER:
Coming this fall, The Grey's Anatomy Weekend.
(The Anatomy of a Perfect Weekend)

TMZ IS COMING TO TV!

This spot is titled "Wig Out".  Which is exactly the opposite of my experience working on this syndication launch campaign for my creative directors David Zaccaria & Susan Kantor @ TelePictures.

Those two were as crazy-cool as the Tarantino-esque promo score that drives "Wig Out" over the top.

ANNOUNCER:
TMZ is coming to TV! It's Tinsel Town caught with it's guard down. No glitz, no glam, no phoney balony Hollywood image!

ANNOUNCER:
Every celebrity meltdown, wig out and no-panty
moment -

ANNOUNCER:
- as only TMZ can bring them to you. Real. Unfiltered. Unapologetic. And sometimes undressed!

ANNOUNCER:
You just can't script this stuff. You make them stars - we make them real. TMZ is coming to TV!

I wrote and produced about two dozen on-air topical news promo packages for the 2011 February and May sweeps.

For the February book, the Fox 11 News at 10 finished as THE NUMBER ONE NEWSCAST IN L.A. in its time period.

In the May book, it was L.A.'s number one newscast NOT ONLY at the 10 o'clock hour, but also at 11, a station first - as well as first among Hispanic viewers, another first for KTTV.

Of those two dozen :20 spots I wrote and produced,  Date with a Sex Offender comes in first in my book.  It reinvigorates KTTV's gritty Fox Undercover brand for enterprise investigative reporting; and it's got the best money shot of a perp I've ever had for a crime story promo - this dude is a dead-ringer for a wigged-out Harvey Keitel. 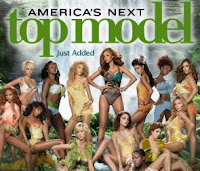 I created this Answer Guy character for the CW's network launch campaign. My creative directors were Anthony Armenise and Chris Donovan @ the CW.

Our objective: to beam up Tyra Banks from the dying planet UPN.  To successfully rebrand & relaunch America's Next Top Model to become the CW's new flagship reality franchise.

(phone rings, he picks it up)

CRAZED FEMALE FAN:
I can't find Top Model anywhere! I need my Tyra time! You've got to help me!!

ANSWER GUY:
Okay yes I can help you. America's Next Top Model comes to the new CW television network in a special two-hour premiere...

ANSWER GUY:
And that airs this Wednesday.

YOUNG DUDE FAN:
Yeah so what are the new Top Model girls like?

TYRA BANKS:
This is my favorite part of Top Model!

ANSWER GUY:
Hey, Tyra Banks, what part is that?

TYRA BANKS:
Meeting the new girls every season this is what I live for! 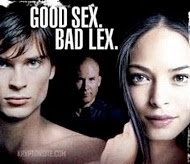 Many thanks to my creative directors  Bob & Lew @ the WB for spitballing the concept for this little softcore gem.  The pleasure of fleshing out the writing and doing the production was all mine.

CLARK:
We should take this slow!

LANA:
We've been taking this slow for four years!

ANNOUNCER:
She allows him to touch her. Unaware that every fiber in his body holds more strength than any normal man. He's longed to get this close, but knows the reasons they should not. She doesn't care.

LANA:
It's mine too.

ANNOUNCER:
Now, it finally happens for Clark Kent and Lana.

CLARK:
You're the only one I've ever really loved. It's only been you, Lana. I want our first time to be as special as you are.

Seinfeld syndication theme week on-air :30 spot -- copy only.  Possibly the most conventionally clever spot I ever wrote.  My creative director/collaborator was Jaime Klein @ Beantown on the Strip

ANNOUNCER:
Feeling cranky? Got the blahs?

KRAMER:
Or is your entire world just crashing down around you?!?

ELAINE:
(to Jerry in The Puffy Shirt) You look like the Count of Monte Cristo!

ANNOUNCER:
The most powerful comic relief available without a prescription!

JERRY:
(getting massaged) I've been waiting a while for this!

ANNOUNCER:
Possible side effects include watery eyes, mild abdominal pain, and shortness of breath due to excessive laughing!

ANNOUNCER:
It's the funniest week of Seinfeld allowed by law! Maximum Strength Seinfeld!

AFTER THE SIMPSONS, HEAD FOR THE HILLS! 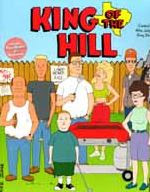 My (animated) dream gig.  First I got to write fifty-plus episodic promo packages for the premiere syndication run of King of the Hill, for my creative director Dave Carr @ Beantown.

Then I got to write & produce this KOH syndication launch radio for Bill Barlow @ Fox 11 L.A.